Apologies for the lateness of this GORR, but it is deliberate as I wanted to be able to give a full report of the recording of the new album and as it has now reached the mixing stage, I can do just that, in fact, I’ll start with it!!!

I started by having meetings at Sony Classical Masterworks where we discussed the music and how I saw it developing. We all felt that a further step on from Piano Portraits was the way to go with the album being piano based by having additional colour using a string orchestra and choir and so that is how it was set out and after whittling down the short list of 40 potential pieces to the final chosen 12, I set about preparing the piano arrangements at home over a 2 week period followed by one month of doing the orchestrations.

As with Piano Portraits I created variations of the selected pieces, hopefully keeping all the flavours of the originals, and then went to the Granary with Erik Jordan where we recorded the famous Steinway Model D grand piano over a week with the emphasis being very much on performance as well as the right notes!!

I then spent a further week “tweaking” the orchestrations and talking to Guy Protheroe who would be sharing the conducting with me. We then spent three solid days in Angel Studios with the Orion Strings and the English Chamber Choir with Toby Wood engineering. 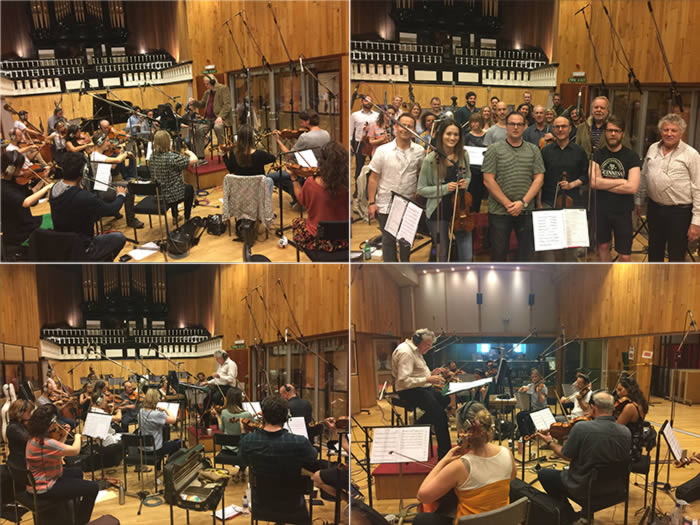 I am over the moon with the end result. It is everything I hoped it could be and more. All involved put their hearts and souls into this album, which is to be called A Piano Odyssey, and I can’t wait to sign off on the final mixes.

Friday 11th will see me getting the results of my last lot of blood tests which were taken a week or so ago, to see if all my attempts at being a good boy with eating the right things, losing a bit of weight, having no sugar, eating very little bread and trying to make more of an effort on the exercise front have brought down the danger levels as regards diabetes 2, high cholesterol and blood pressure and a few other things that may be about to drop off!........

On Saturday 12th...the ARW crew start to load the equipment in for rehearsals and I will start checking my stuff out on the 12th and 13th. Rehearsals start in earnest on the 14th and carry on right the way through the month until the equipment leaves for Poland and our first concert.

Unfortunately, my 69th birthday is during rehearsals so I won’t be having a celebration this year as there isn’t time and so I will make up for it next year when the big 70th finally hits me!!
The June GORR will, believe it or not, be early as I will get it done before boarding the flight to Warsaw....