I'm writing this literally a few hours after getting off the plane having come back from Japan, so that's probably as good a place to start as any.

I love going to Japan and as always, the hospitality was exceptional. I have been doing concerts for Udo Entertainments and Mr Udo himself, since 1972 and we have become great friends and so it was a privilege to once again head to the other side of the world to perform two piano concerts, one in Osaka and the other in Tokyo.

Both cities had beautiful theatres and at both I was supplied with stunning Model D nine foot Steinway Grand Pianos. (I used to have one once, but divorces made sure that found a new home)!!

July is going to be an interesting month as once again it's a period of mostly preparation for upcoming shows and also new projects, of which there are many in the pipeline.

On Tuesday the 8th I will be performing Julia on the piano which is the piece Sir Tim Rice and I wrote together for my 1984 album. There is a concert dedicated to much of Tim's great work and I was very flattered to be asked by Tim if I would come along to the Festival Hall that evening and play the piano with the orchestra and vocalist to perform that piece. Sir Tim to me is not only a great friend, but the ultimate wordsmith and I look forward very much to watching the rest of the concert.

The following day (the 9th), I have a very pleasant couple of hours to spend in the company of Roger Dean at the offices of ADA where we will be individually signing every limited edition print of Roger's which will go into the special box set editions of Journey to the Centre of the Earth.  It's great that the album is finally in the shops and available world-wide. It's been a long wait, but well worth it.

After leaving ADA in the afternoon I will be heading for the television studios of BT Sport where I am a guest. alongside Michael Owen and Jimmy Carr on the Danny Baker and Danny Kelly Show which goes out live at 7 o'clock. It's bound to be great fun and I can't wait to hear Jimmy's take on the England exit from the World Cup,....mind you, I'll have a few words to say on the matter myself!

Thursday the 10th is my day of trying to get a little fitter and will be playing golf in the 4 Star Celebrity tournament in Surrey. I have played the course before so am looking forward to going back there and hopefully find some of the balls that I lost the last time I played a round there.

On Friday 11th I will be performing a one hour piano show at the Henley Festival and am really looking forward to that. I have done the festival before but that was when the first Grumpy Old Rockstar book came out and was just a talk. It's a brilliantly run festival and everybody is always made extremely welcome.

Saturday 12th sees myself and my great friend Ian Lavender opening the Feline Care Charity Shop in Diss. Both Ian and myself are patrons of this wonderful charity and we all hope that the shop can help to finance the spiralling costs of looking after unwanted cats and rehoming them as well as pretty incredible vets' bills too!

Then for the next few days it's one long round of meetings to start the ball rolling on what could be some pretty exciting projects, plus a load of interviews for the Journey album.

On the 24th I will be performing at 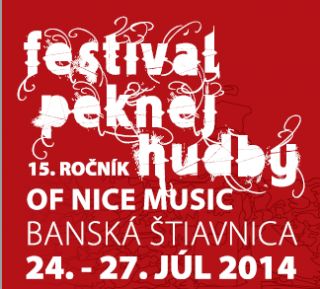 And if you can understand the language.....here are some more details!!!

Life is on somewhat of an "overload" at the moment, as there are so many differing kinds of potential concerts and recordings on offer that it's hard to see the wood from the trees, (or the crotchets from the minims)!....but they cover everything from ballet to band shows with the ERE and piano shows as well as full on Journey and other orchestral shows.

There's also something really special in the offing as regards involvement with another tour for next year which isn't exactly musical although in some ways it is. (I've just managed to confuse myself here).

There's another whopper concert on the cards which should be confirmed one way or another before the end of the year and places we've had offers to go to and perform over the next year and a half include North America, South and Central America, Japan, Australia, various countries in both Eastern and Western Europe and one or two countries I've never been to in my life, so it's going to be interesting to see what exactly comes to fruition and what doesn't. Often or not it's the ones you never think will happen that end up materialising, so watch this space!

On the release front, I'm pleased to see the following albums re-released. Out There (Mar 24th), Live in Lugano (Apr 28th), Out Of The Blue and Softsword (Jun 30th). All available from Cherry Red Records.

Well the jet-lag's starting to creep in, so keep logging in to the website to find out what's happening next!!

Which hopefully means “good-bye for now in Japanese!