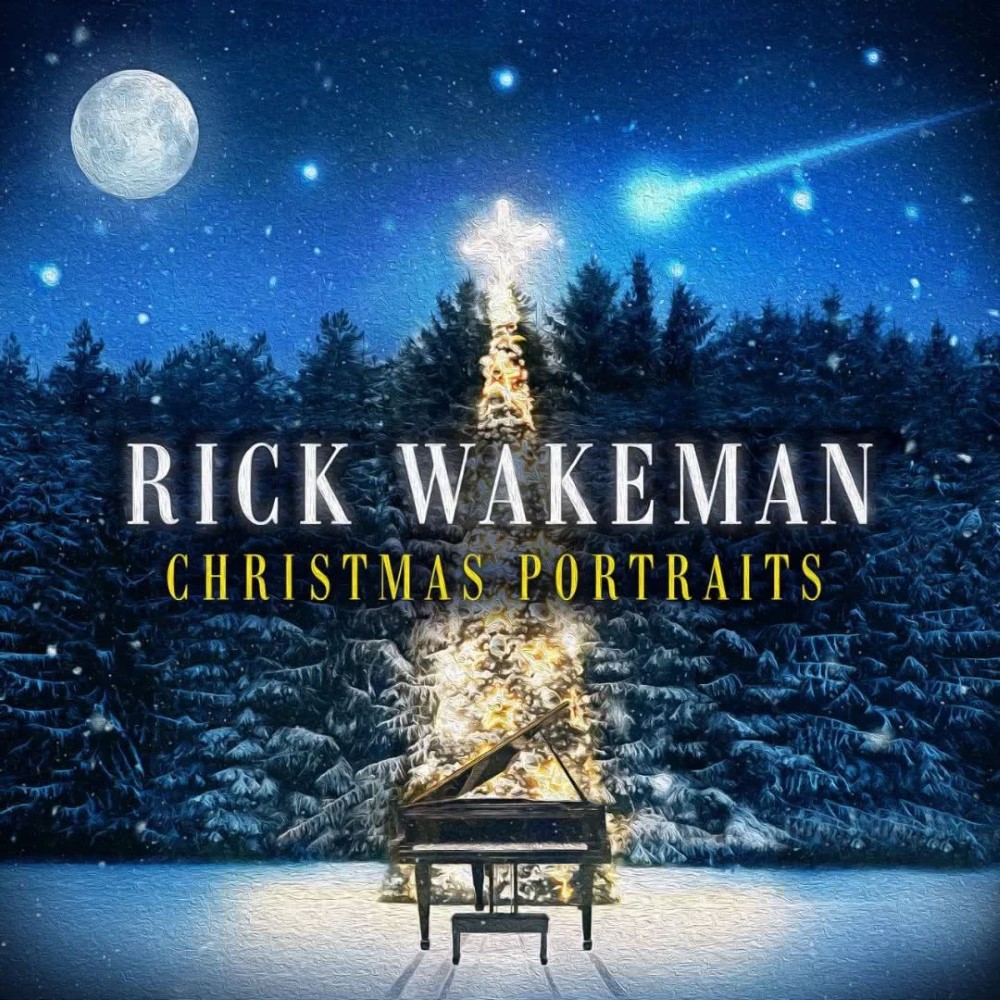 Keyboard legend, Rick Wakeman, famous the world over for his hugely successful and high-profile rock career - most notably with leading bands Yes and The Strawbs and for his sought-after collaborations with top artists of the day such as David Bowie and Black Sabbath - is pleased to celebrate the festive season with a brand-new album, ‘Christmas Portraits’, released on 29th November by Sony Classical.

With all tracks personally chosen and arranged by Wakeman himself, this special holiday album celebrates Wakeman’s favourite time of the year as he performs familiar and favourite festive music, arranged for solo piano, all performed on his beloved Granary Steinway Model D grand piano.

A former student and Fellow of the Royal College of Music, Wakeman has covered much musical ground during his wide-ranging career and here with ‘Christmas Portraits’, he brings his classic Wakeman twist to traditional Christmas favourites, arranging some evergreens into fresh new medleys.

Of this brand-new album, Rick Wakeman commented: “Christmas is my absolute favourite time of the year.  I love every aspect of it, especially traditional Christmas music and songs which have wonderful simplistic melodies that are perfect for adaptation to produce variations on the piano.  That is something I love to do and that is exactly what this album is”.

Sarah Thwaites, Head of Sony Classical UK noted: “It’s an honour to work with an artist of the stature of Rick Wakeman, who is the consummate professional. Rick has added his unique and magical twist to much-loved Christmas favourites and now by popular demand, audiences can enjoy the annual radio ‘Rickquest’ tradition whenever they choose.”

Following his recent solo tour of the USA, Rick Wakeman will be performing live in December around the UK on his 'Grumpy Old Christmas Tour', which will feature a selection of music from the brand-new 'Christmas Portraits' album.